We Are All Atheists 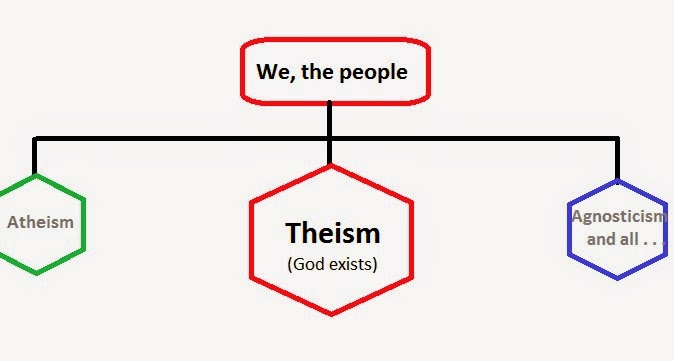 [Note: The aim of this essay is "assessment" and not "criticism".]

Swami Vivekananda once told that we are all atheists, not too many people actually believe in God. In this essay we'll concentrate on his these comments and analyses.


We are all atheists
Swami Vivekananda told—[Source]

There is no real difference between the highest ecclesiastical giant who can talk by the volume, and the lowest, most ignorant materialist. We are all atheists; let us confess it. Mere intellectual assent does not make us religious.

Essay in a nutshell
We may think that we believe in God, but that may not be true. Religion is "being and becoming". We fight and talk about religion, but don't really try to realize it.
He also told—[Source]


The vast majority of men are atheists. I am glad that, in modern times, another class of atheists has come into existence in the Western world — I mean the materialists. They are sincere atheists. They are better than the religious atheists, who are insincere, who fight and talk about religion, and yet do not want it, never try to realise it, never try to understand it.


Religion can be realised. Are you ready? Do you want it? You will get the realisation if you do, and then you will be truly religious. Until you have attained realisation there is no difference between you and atheists. The atheists are sincere, but the man who says that he believes in religion and never attempts to realise it is not sincere.

On 29 March 1900, Swamiji clearly told in a lecture delivered in San Francisco—[Source]


You degrade religion to your low level and seek matter in the name of spirit. You are all atheists. You do not believe in anything except the senses. "So - and - so said such - and - such -- there may be something in it. Let us try and have the fun. Possibly some benefit will come; possibly my broken leg will get straight."


That is the one principle of Vedanta. Vedanta declares that religion is here and now, because the question of this life and that life, of life and death, this world and that world, is merely one of superstition and prejudice. There is no break in time beyond what we make. What difference is there between ten and twelve o'clock, except what we make by certain changes in nature? Time flows on the same. So what is meant by this life or that life? It is only a question of time, and what is lost in time may be made up by speed in work. So, says Vedanta, religion is to be realised now. And for you to become religious means that you will start without any religion work your way up and realise things, see things for yourself; and when you have done that, then, and then alone, you have religion. Before that you are no better than atheists, or worse, because the atheist is sincere—he stands up and says, "I do not know about these things—while those others do not know but go about the world, saying, "We arc very religious people." What religion they have no one knows, because they have swallowed some grandmother's story, and priests have asked them to believe these things; if they do not, then let them take care. That is how it is going.

A thief and a vast mass of Gold


A great sage used to say, "Suppose there is a thief in a room, and somehow he comes to know that there is a vast mass of gold in the next room, and that there is only a thin partition between the two rooms What would be the condition of that thief? He would be sleepless, he would not be able to eat or do anything. His whole mind would be on getting that gold. Do you mean to say that, if all these people really believed that the Mine of Happiness, of Blessedness, of Glory were here, they would act as they do in the world, without trying to get God?" As soon as a man begins to believe there is a God, he becomes mad with longing to get to Him. Others may go their way, but as soon as a man is sure that there is a much higher life than that which he is leading here, as soon as he feels sure that the senses are not all, that this limited, material body is as nothing compared with the immortal, eternal, undying bliss of the Self, he becomes mad until he finds out this bliss for himself. And this madness, this thirst, this mania, is what is called the "awakening" to religion, and when that has come, a man is beginning to be religious.


A disciple went to his master and said to him, "Sir, I want religion." The master looked at the young man, and did not speak, but only smiled. The young man came every day, and insisted that he wanted religion. But the old man knew better than the young man. One day, when it was very hot, he asked the young man to go to the river with him and take a plunge. The young man plunged in, and the old man followed him and held the young man down under the water by force. After the young man had struggled for a while, he let him go and asked him what he wanted most while he was under the water. "A breath of air", the disciple answered. "Do you want God in that way? If you do, you will get Him in a moment," said the master. Until you have that thirst, that desire, you cannot get religion, however you may struggle with your intellect, or your books, or your forms. Until that thirst is awakened in you, you are no better than any atheist; only the atheist is sincere, and you are not.