Nishkama Karma
The term is Nishkam Karma or निष्काम कर्म. First let's try to understand its meaning.
So, the term "Nishkam Karma" means "action or without desire" or "work without motive".
To elaborate this— Krisha suggests that we have rights only on the work or the action, and not on its results, whether it is good or bad. Our works, our desires should be "desireless", we should not desire for any pleasing (or unpleasing) result. 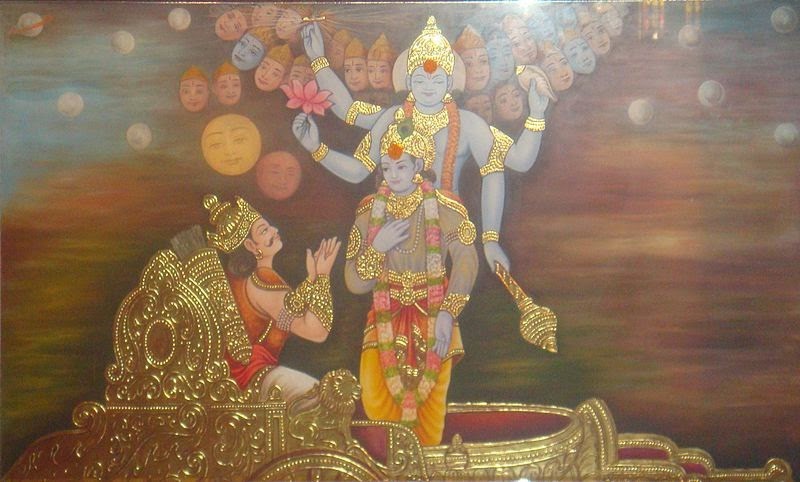 The result of every work is mixed with good and evil


The result of every work is mixed with good and evil. There is no good work that has not a touch of evil in it. Like smoke round the fire, some evil always clings to work. We should engage in such works as bring the largest amount of good and the smallest measure of evil. Arjuna killed Bhishma and Drona; if this had not been done Duryodhana could not have been conquered, the force of evil would have triumphed over the force of good, and thus a great calamity would have fallen on the country. The government of the country would have been usurped by a body of proud unrighteous kings, to the great misfortune of the people. Similarly, Shri Krishna killed Kamsa, Jarâsandha, and others who were tyrants, but not a single one of his deeds was done for himself. Every one of them was for the good of others. We are reading the Gita by candle-light, but numbers of insects are being burnt to death. Thus it is seen that some evil clings to work. Those who work without any consciousness of their lower ego are not affected with evil, for they work for the good of the world. To work without motive, to work unattached, brings the highest bliss and freedom. This secret of Karma-Yoga is taught by the Lord Shri Krishna in the Gita.


We say that we cannot do good without at the same time doing some evil, or do evil without doing some good. Knowing this, how can we work? There have, therefore, been sects in this world who have in an astoundingly preposterous way preached slow suicide as the only means to get out of the world, because if a man lives, he has to kill poor little animals and plants or do injury to something or some one. So according to them the only way out of the world is to die. The Jains have preached this doctrine as their highest ideal. This teaching seems to be very logical. But the true solution is found in the Gita. It is the theory of non-attachment, to be attached to nothing while doing our work of life. Know that you are separated entirely from the world, though you are in the world, and that whatever you may be doing in it, you are not doing that for your own sake. Any action that you do for yourself will bring its effect to bear upon you. If it is a good action, you will have to take the good effect, and if bad, you will have to take the bad effect; but any action that is not done for your own sake, whatever it be, will have no effect on you. There is to be found a very expressive sentence in our scriptures embodying this idea: "Even if he kill the whole universe (or be himself killed), he is neither the killer nor the killed, when he knows that he is not acting for himself at all." Therefore Karma-Yoga teaches, "Do not give up the world; live in the world, imbibe its influences as much as you can; but if it be for your own enjoyment's sake, work not at all."

We recommend to read this article too—